The much anticipated new album 'Michael' will Be In Stores December 14th! 2010 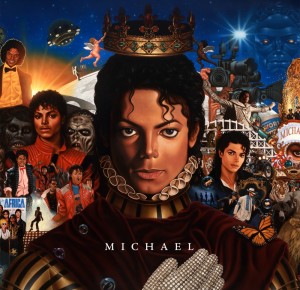 My thoughts about the new album

I have listened to every song and believe most it is Michael Jackson on the tracks. The only ones I am not sure about is "Breaking News".

Michael often used backup singers in both his concerts and on past albums. He also worked with many people to help bring these songs to life.

Michael always said he created his songs with inspiration from God and that his back catalog of unreleased songs was a legacy for his children.

I personally want to hear every song Michael created. I want to hear the messages Michael had for us in his songs and enjoy his genius.

Just like when Michael was alive, every previously unreleased song will be different, simply because we have never heard them before.

I have been listening to Michael's music for over 40 years and one thing I am certain of is that each song that is released in the future will be a surprise.